skip to main | skip to sidebar

So sorry that Lebanon and the entire Middle East lost such a great man as Pierre Gemayel!!

Pierre was well known for his wonderful economic campaign, titled "Made in Lebanon" in 2006 that aimed to revive Lebanese industrial sector in general. His plan and vision for his country would have definitely influenced and inspired other countries seeking growth, development, and prosperity in the ME Region. But, as always, such plans annoy the evil powers - (See the list of evil powers at the bottom of this post) - that naturally won't  allow such good dreams to actually occur since they would benefit poor people, in particular! This is because the evil powers won't be able to continue existing without those needy poor people. For them, poverty is a serious weapon through which they control and dominate people. They want needy people to stay under their control!

So, when men, like Pierre, present economic plans to help their poor fellow citizens to rise, to be enlightened, and to evolve to earn their own bread through decent jobs with pride and dignity that would also serve and improve their countries, the evil powers look at such plans (life blood suckers) as a terrifying threat to their own existence. Thus, the only method for evil powers to continue their being on Earth is by silencing good voices on Earth, such as that of Pierre!

R.I.P Pierre Gemayel. To learn more about Pierre Amine Gemayel, please go to http://en.wikipedia.org/wiki/Pierre_Amine_Gemayel
Posted by Buthaina Alothman at 1:31 AM No comments:

One year before your assassination, the Alliance of all kinds of Evil Powers started, not only in Lebanon, or the Middle East Region but in the entire globe. They heard you saying the Truth; so, they couldn't tolerate it. Evil Alliance saw you as a major obstacle in their way. They killed you, and by this they hadn't burnt the hearts of your family only but the heart of the Good in this world.

You had left us 29 years ago, just one year after the Evil and Darkness powers united to ruin and demolish any effort toward Good on Earth. They, then, had begun working so hard since 1982 to overcome efforts and ambitions of Peace loving people, like you, Bashir, in the world.

However, 29 years later, the Evil Coalition or Alliance is now uncovered! People are more aware now. They strongly believe in each single word was uttered by you years ago. You were right then, now, and forever; Yes, forever.

The Evil Alliance in our world (for me), comprises:
1. Weapon dealers
2. Drug dealers
3. Sex-Slave industry
4. Muslim Extremists / Fundamentalists
5. Syrian regime lovers and supporters, like the Palestinian leader Ahmad Gebril, who sent his sister, Amira Gebril to Kuwait in 1982 to start her activities, focused on corrupting innocent Kuwaiti girls and women under the cover of Islam as the trade was then. Her activities ironically began under the slogan: (En) "The Threshing or Farming of Peace" / (Ar) "Bayader Al-Salam" which became the name of the first Religious Women's Society established by the Palestinian Amira Gebril, in the Gulf Region. See this: http://www.kuwaitcos.com/bayader-al-salam-women / http://www.kuwaitcos.com/bayader-al-salam-women /  http://www.ameinfo.com/db-572019.html; (that's all the results I could find through Google about Bayader Al-Salam!).

Amira Gebril continued her effort and activities in other Arab countries, like Lebanon and some GCC states, like the UAE. Miss Amira or (Ar) Anissa Amira who I met in person while attending one of her first religious lectures in my sister's house in Kuwait in 1982 didn't seem to like me when I asked her if she was Ahmad Gebril's (of AlSaiqa'a) sister?! My sister then became the president of that Women's Society, named Bayader AlSalam until now!

I believe that Amira is like anybody else who can lie to some people all the time and can lie to all the people for sometimes, but she cannot lie to all the people all the time! Wake up Amira Gebril...Enough is Enough!
6. Jehovah Witnesses (who agree with Willayat Al-Faqih believers, Hamas, and others who believe that the State of Israel cannot be established before the return of the Mahdi or Antichrist).
7. Hezbollah (of course!)
8. Others..

This blogged article is a humble attempt by me, as a peace loving Kuwaiti citizen, to mark the 29th anniversary of the assassination of our Martyr, Bashir Gemayel.  And, it addresses only Bashir Gemayel's lovers and supporters, in addition to all Peace loving people in the world.

To learn more about Martyr Bashir Gemayel, you are welcome to visit: http://en.wikipedia.org/wiki/Bachir_Gemayel OR http://www.kataeb.org/EN/News/191161 OR
http://www.bachirgemayel.org


Way to go, Nadim Gemayel while you're following the steps of your Father, Bashir Gemayel..

Which One Is Your Scenario? 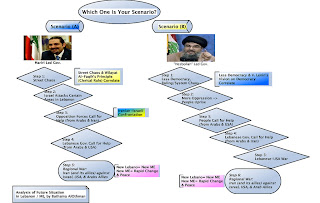 An American friend planned to go skiing in Lebanon; so, he asked me about my views on current situation in Lebanon, and whether it is safe to be there at present.

Actually, I found it so difficult to answer these questions due to several factors, including the rapid, dramatic change taking place in Lebanon and the world, in addition to the contradictory stands and announcements by politicians in Lebanon!

Of course there are other scenarios imagined by many people, but this is what is in mind so far, and of course I might be wrong! Posted by Buthaina Alothman at 8:54 PM No comments:

Is the #ME Perpetually Late? 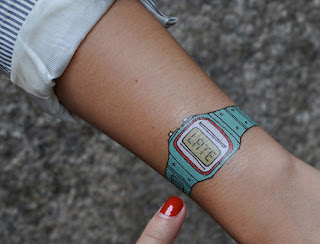 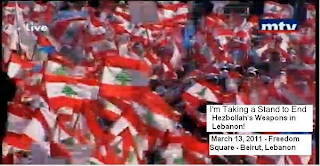 Posted by Buthaina Alothman at 1:54 PM No comments:

In Memorial of Former Lebanese Prime Minister (PM), Rafiq Hariri, his Friend former Minister of the Economy Bassel Fleihan, his bodyguards, and All Peace Loving Martyrs in the World.

Love & Peace!
Posted by Buthaina Alothman at 6:30 PM No comments:

This song is dedicated from all peace loving people in the world to the Martyr of the World, Rafiq AlHariri, R.I.P.


Love & Peace!
Posted by Buthaina Alothman at 1:41 AM No comments:

The State of the Internet

Buthaina Alothman
EFL/ESP instructor at Kuwait University, and a Webhead in action!